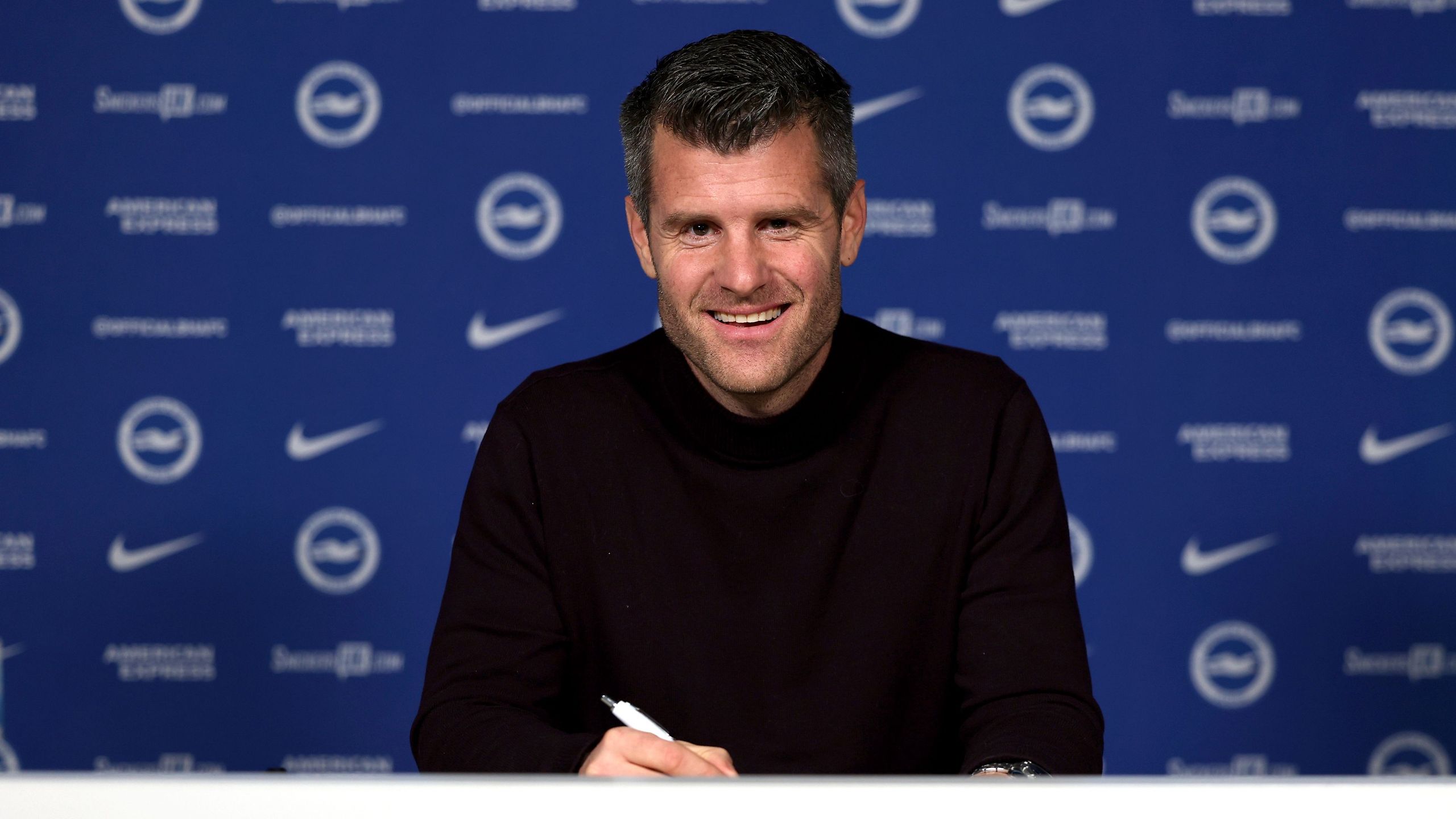 Brighton & Hove Albion are delighted to announce the appointment of Jens Scheuer as our new women’s first-team head coach on a three-and-a-half-year contract, subject to the granting of a work permit.

The 44-year-old German coach has agreed a deal with Albion that will keep him on the south coast until the summer of 2026.
Jens brings a wealth of knowledge and experience in the women’s game having previously coached FC Bayern Munich Frauen and SC Freiburg Frauen in the women’s Bundesliga.

Scheuer expressed his delight to join Albion as they prepare for the second half of the WSL season in January.

He said, “It’s a great feeling, I’m very excited to work for the team and the club. The facilities are the best I have ever seen.

“I had good talks with [technical director] David Weir. The first time we spoke it was clear for me that I wanted to come here and build a team which can grow and move up the table. I’m very excited for the future and can’t wait to get started.”
Women’s chair Michelle Walder said, “I am absolutely thrilled to welcome Jens as our new head coach of the women’s team.

“He has great experience at the very top level of women’s football in Europe: winning the Bundesliga in 2021 at Bayern Munich. He consistently finished in the top two during his three seasons there and guided them to the semi-finals of the Champions League in 2021.

“Jens was our number one target from the start, and the process was similar to the one we recently undertook when appointing Roberto De Zerbi as men’s head coach.

“The excellent results during Amy Merricks’s time as interim coach and having the winter break took some of the time pressure off us, and allowed us to go through a thorough process which reaffirmed Jens as our first choice.”

Technical director David Weir added, “Jens has a brilliant footballing CV and was the standout candidate. His record at Bayern Munich speaks for itself, but having met with him it’s clear his ambition and vision matches ours and we are excited to start working with him.

“Amy, Perry [Northeast] and the staff have done an excellent job over the interim period, and we picked up some important results with a win and a draw from the three games in the WSL, and a win in the Conti Cup, going into the Christmas break.

“Amy, Perry and all the staff will be key in helping Jens settle in and prepare for his first game at Leicester City on 15th January.

“We will also have our new women’s and girls’ managing director Zoe Johnson, who is joining us from Sheffield United, starting with us early in the New Year.

“Both appointments underline our chairman Tony Bloom’s and the club’s commitment to women’s football. We are looking forward to exciting times ahead.”